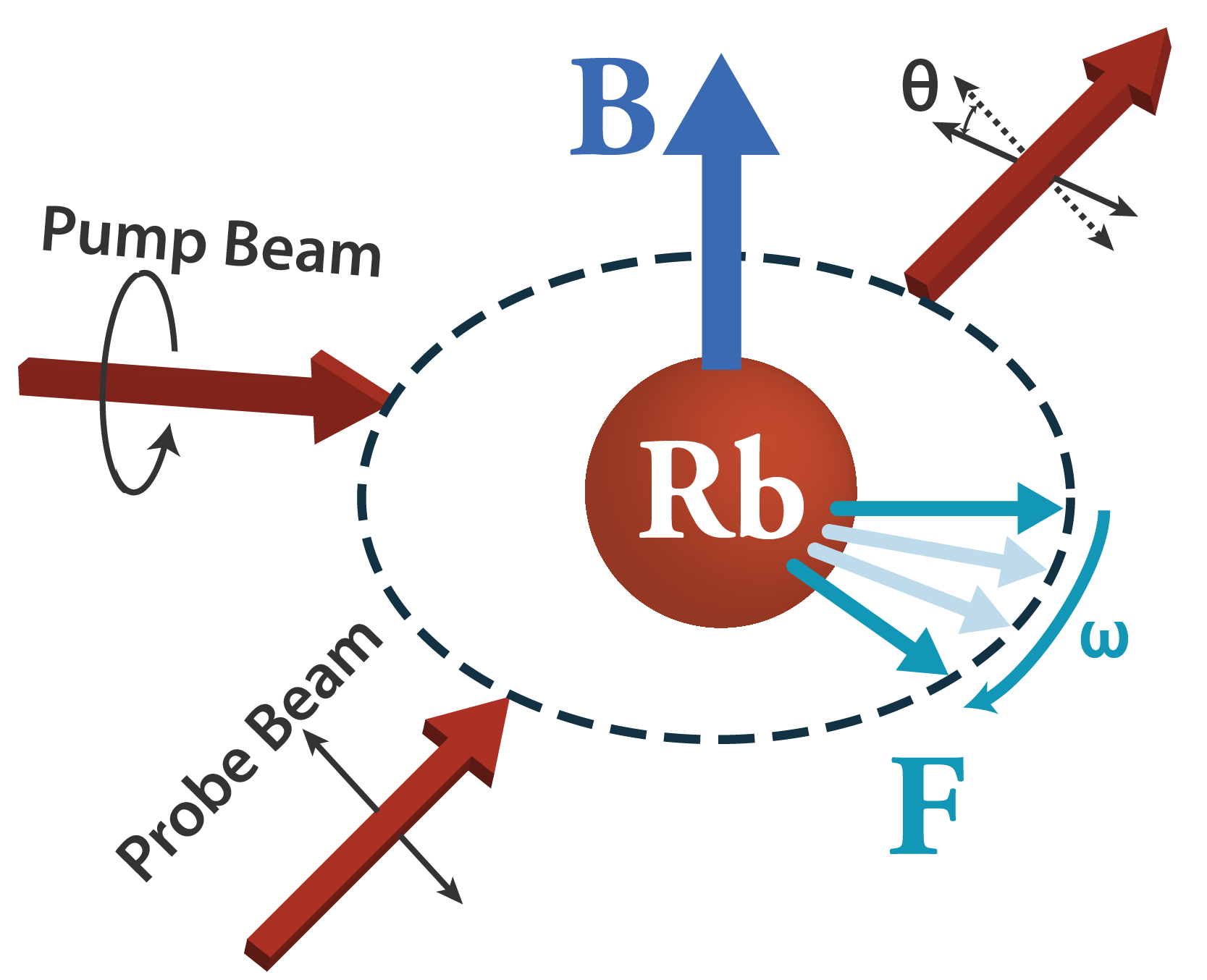 ometers are among the most sensitive technologies for detecting and characterizing magnetic fields, making them ideal for many applications of NMR. An atomic magnetometer consists of a glass cell containing a vapor of alkali-metal atoms (such as rubidium or cesium), which are optically pumped using a resonant laser beam, yielding polarization on the order of unity. The polarization state of the atoms is also probed using a laser, in order to measure their magnetic resonance frequency, which is in turn directly proportional to the local magnetic field strength. An atomic magnetometer maintains its sensitivity even at very low frequencies, unlike the inductive detectors that are conventionally used in NMR whose sensitivity degrades at lower frequencies. The Pines Lab therefore employs atomic magnetometers as detectors of magnetic resonance at ultra-low field, from zero field to the Earth’s field (50 microtesla). This enables the construction of NMR spectrometers without superconducting magnets, making them less expensive and more portable than conventional devices.

We have demonstrated the use of atomic magnetometers for detection of Earth’s field NMR and MRI, as well as detection of magnetic particles. Presently, we are working on three applications using atomic magnetometers: We are measuring chemical spectra at zero field based on scalar J couplings (which are independent of field strength) rather than chemical shifts (which disappear at zero field), allowing for structure determination without the superconducting magnets required by conventional spectrometers. We are performing NMR relaxometry measurements widely used in geochemical exploration, leveraging the extreme homogeneity of the Earth’s field to enhance the field-of-view of oil well logging operations. Finally, we are using magnetometers as integrated detectors of xenon NMR signals for chip-scale chemical sensors.