129Xe is an inert, non-toxic gas, whose NMR signal can be dramatically enhanced via laser-polarization such that small Xe concentrations can yield NMR signal comparable to that of water.  Chemical sensors based on the NMR properties of hyperpolarized 129Xe are useful for highly sensitive, targeted detection of chemical species.  However, the instrumentation required for the production and detection of hyperpolarized 129Xe has been large, immobile, and expensive. Because analytical chemistry has trended toward the development of mass-produced, inexpensive, portable platforms based on microfabrication techniques, a more compatible 129Xe NMR technique is required. We have adapted microfabrication techniques used to create microchip-scale atomic clocks and magnetometers for the purpose of producing hyperpolarized 129Xe at the volume scales required for compatibility with small-scale, integrated chemical analysis platforms. We have demonstrated a prototype for the production and optical remote detection of hyperpolarized 129Xe gas at ultra-low magnetic fields. When coupled with 129Xe molecular sensor technology, such a device could find use in self-contained low-field NMR chemical sensor platforms.

The figure below shows the microfabricated xenon polarizer with four chambers. A mixture of natural abundance Xe and N2 gas is introduced into a pumping chamber, where 129Xe is hyperpolarized through spin exchange interactions with optically pumped 87Rb atoms. The polarized 129Xe is then encoded with spectroscopic or imaging information via magnetic field pulses and gradients. Finally, the encoded 129Xe gas flows through an alkali vapor magnetometer filled with 87Rb atoms, allowing for sensitive optical remote detection at low magnetic fields with a 100% filling factor. We have demonstrated 129Xe polarizations of greater than 0.5% with relaxation times longer than 1 second. 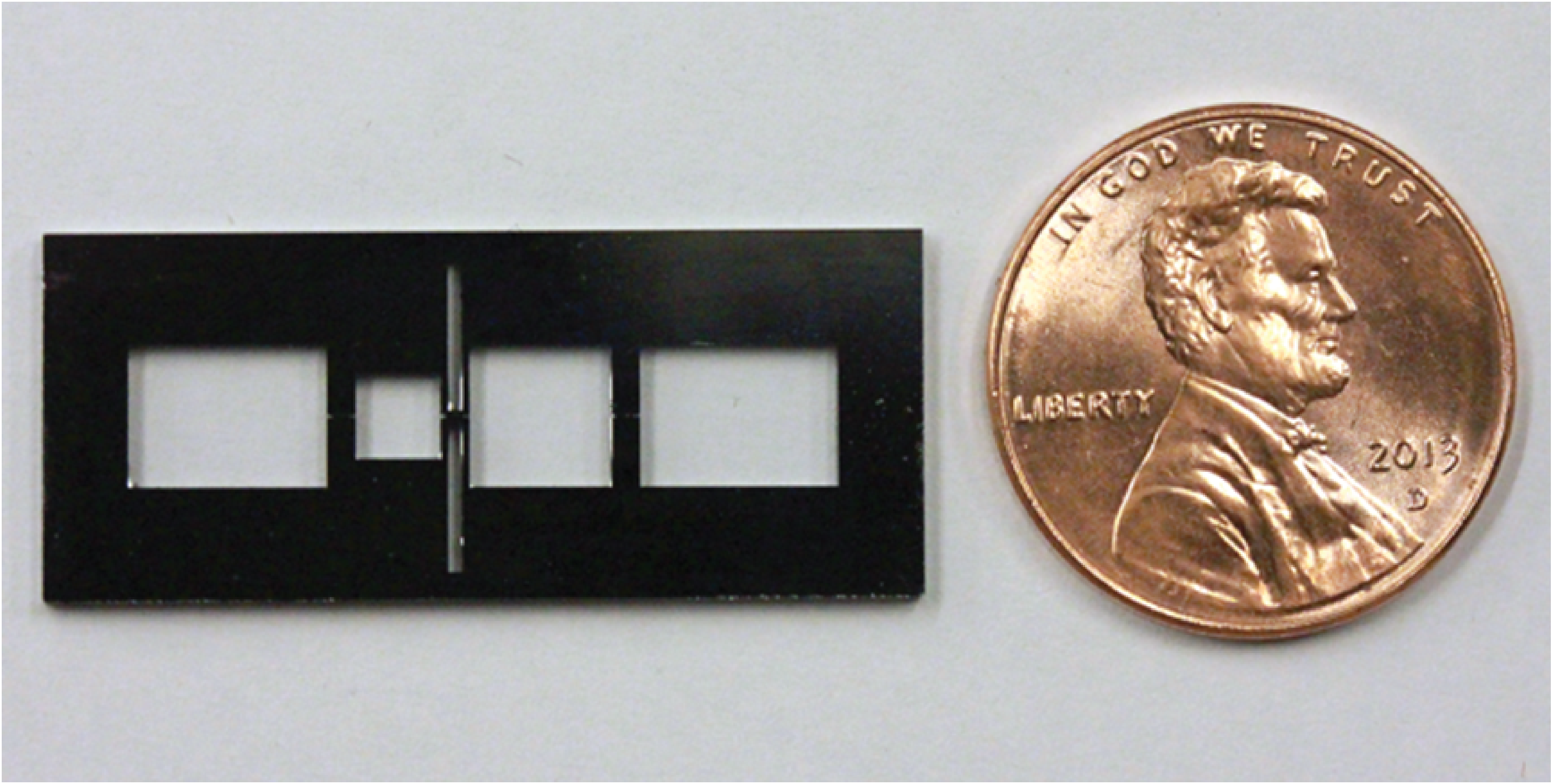 Zero-field remote detection of NMR with a microfabricated atomic magnetometer