Nitrogen-vacancy centers in diamond have favorable optical and magnetic properties that make the NV promising candidate for room temperature polarizer and detector of nuclear spin. The NV diamond system is, in principle, similar to the optical detection of the excited triplet state of molecular crystals back in early 1970s (Optically detected electron...). A number of existing techniques in solid state NMR are directly applied to the recent explorations of NV centers. For instance, a relative small magnetic field of ~0.1 T is applied along the symmetry axis of NV centers to create an effective electron spin degeneracy condition, allowing the polarization transfer from the optically pumped NV electron spin to neighboring 13C nuclei, shown in the figure below. As a typical system with paramagnetic impurities, we also observe the solid state effect in NV centers under the microwave irradiation of certain frequency, in which the seemingly “forbidden transition” becomes an efficient nuclear polarization mechanism. 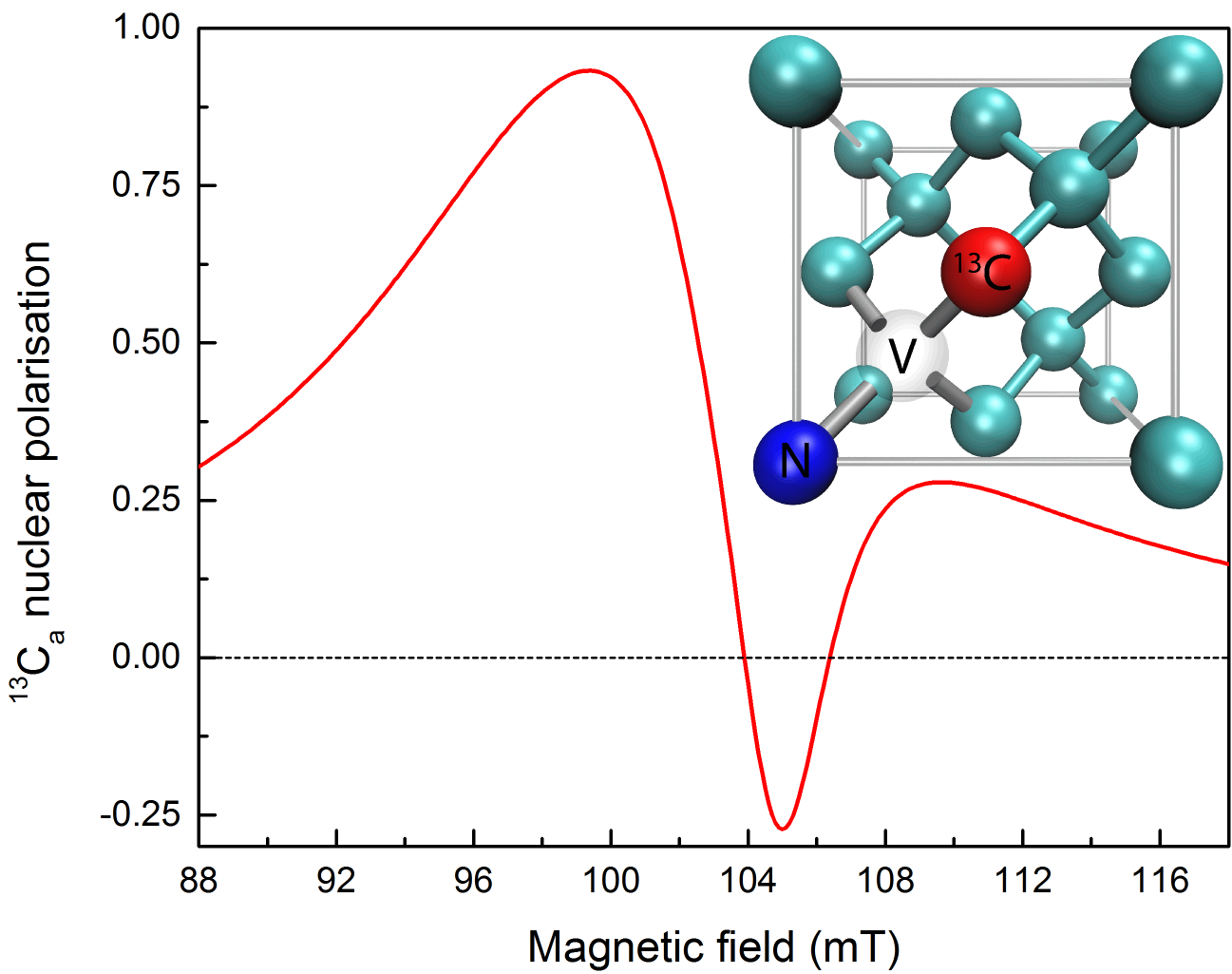 Here, NV center is not only a polarizer, but also a detector of nuclear spins. The nuclear polarization is directly projected onto the NV ODMR spectra. In addition, the coherent spin dynamics between NV center and its hyperfine-coupled nuclei in proximity is one way of optical detection.